About a year ago, when Imogen Rose, the author of the cult bestseller, the Portal Chronicles, was surfing You Tube she stumbled upon a song, If We Fall, and instantly fell in love with both the lyrics and the male vocal. She put it on her writing playlist and looked up the band (She Said Save Me) on Facebook… and liked their page. A while later, she received a PM from Joe Vercillo, saying that if her books were ever adapted for film or TV to feel free to use his music. She had no idea who he was, but looked him up. Imagine her fan girl sqee moment when she discovered that he was the lead singer for She Said Save Me! They have been Facebook friends ever since. 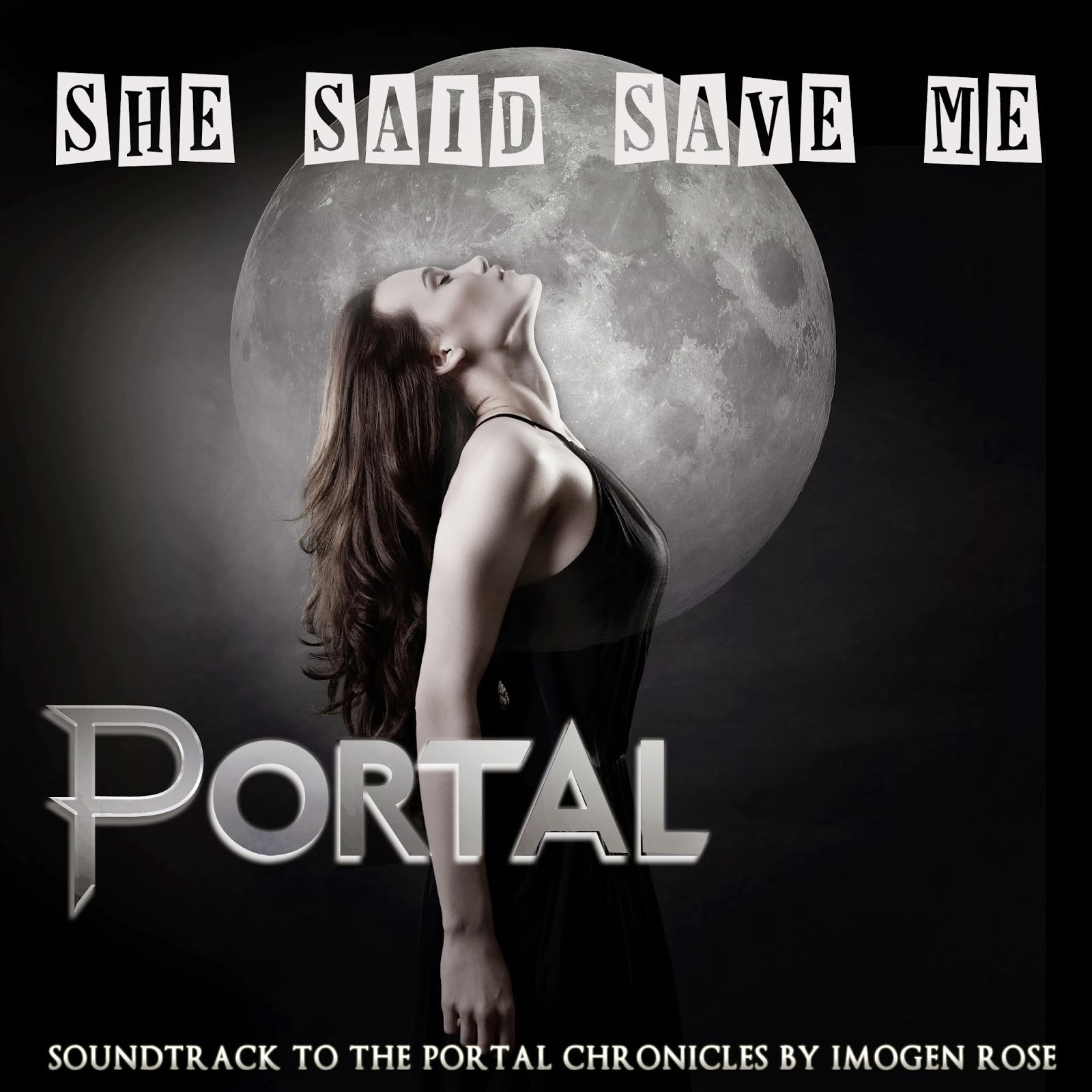 The Portal Chronicles starts off with a serendipitous meeting in a London pub, which rockets the lives of the characters into a time warp of what-ifs. During the prologue, which is the key to the story, Rupert is humming a song in the London pub where Olivia and him seal their fates. Imogen Rose always wondered what he was singing. Now she knows. She wrote the lyrics and She Said Save Me has put it to music, and is releasing it under their label. Needless to say, both parties are uber excited about this collaboration.

The song will be released on Valentine’s Day and will be available as a free download. 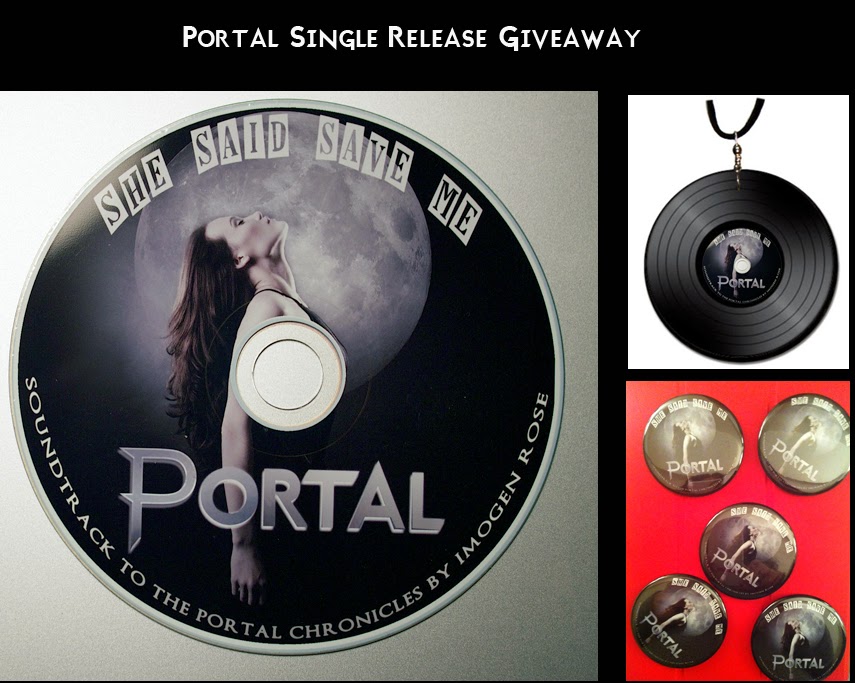 It’s fantasy, unwritten destiny
A portal to a secret wish
Is this real, or is this just a midsummer night dream’s what-if

What if you’re not real, just hallucination?
An imaginary fixation
What if we escape to a new dimension?
Through a time warp in a broken constellation

It’s fantasy, unwritten destiny
A portal to a secret wish
Is this real, or is this just a midsummer night dream’s what-if

The final story in the Golden Key Chronicles by AJ Nuest is available now!

I'm so thrilled for my on-line friend and Fellow Author Roast and Toast Hostess - the final book in the Golden Key Chronicles is published today by Harper Impulse.  Having read the previous books I can't wait to read this one and find out what happens to Rowena and Caedmon.

Find out more about the final installment in this epic fantasy romance!

Advance praise for Braedric's Bane:
5 STARS from Comet Babes Books! Amazing 4th book. What more can you ask from a fantasy series--time travelling, costumes and even a fight. Add the sexy hero and it has everything you could want in a book!
5 STARS from ! An epic fantasy, adventure and romance with a dash of comedy rolled into one fabulous book. I literally read it in one sitting. 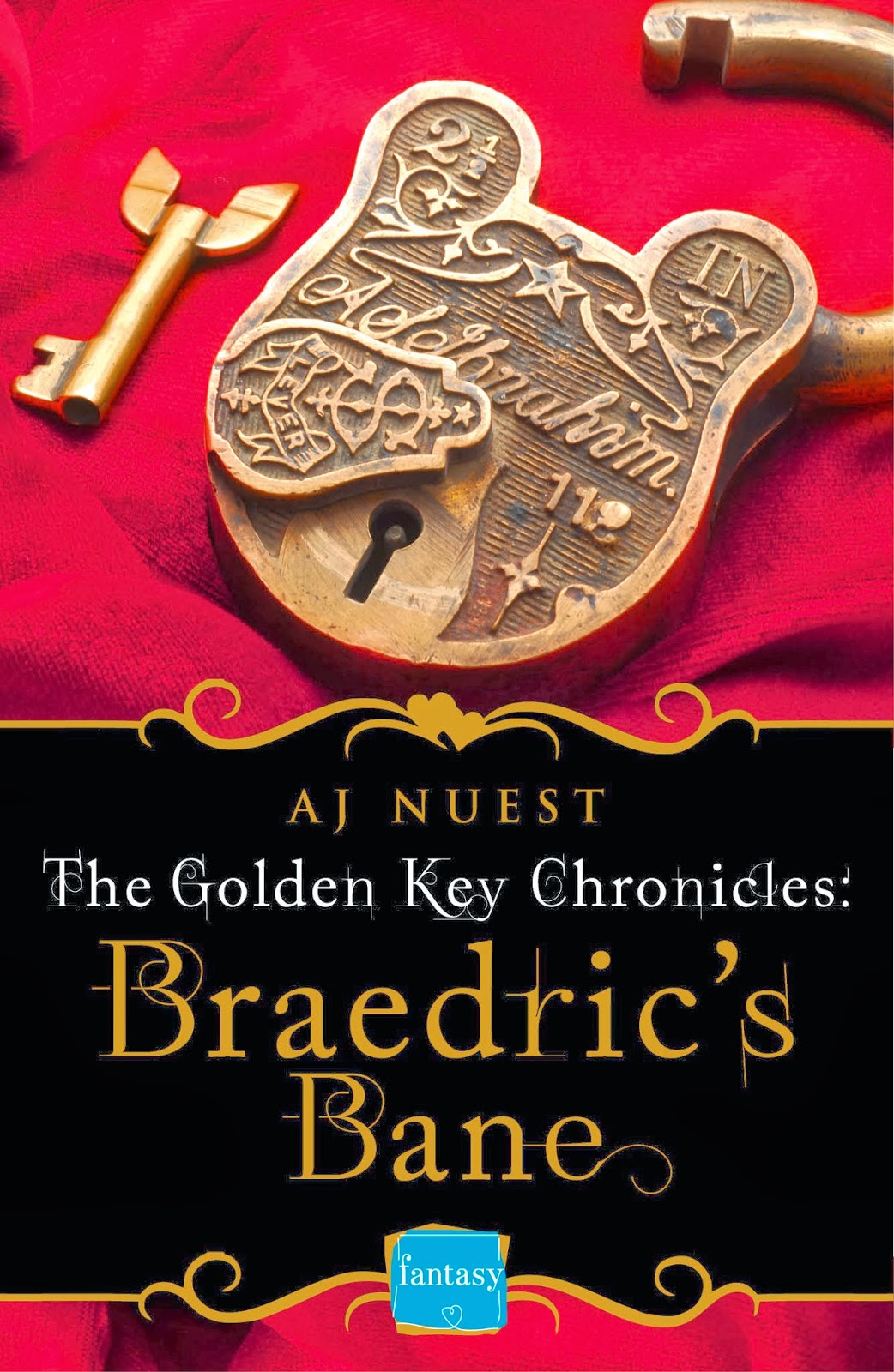 To escape the clutches of the evil Wizard Gaelleod, Rowena and Caedmon flee to the future. With her memories in tact and the help of her dear friends, Rowena is confident they can uncover the clues behind her connection to the key.

Yet Violet's dire prophecy does more than detail their history. Caedmon's worst fears are confirmed. Though they must return to his realm, everything he loves stands to be ripped from his grasp.

Join Caedmon and Rowena as they embark on an epic battle to protect the Austiere Kingdom and fight to safeguard their love in Braedric's Bane, Book IV of The Golden Key Chronicles.
Available February 13th on AMAZON and AMAZONUK!

Praise for The Golden Key Chronicles: 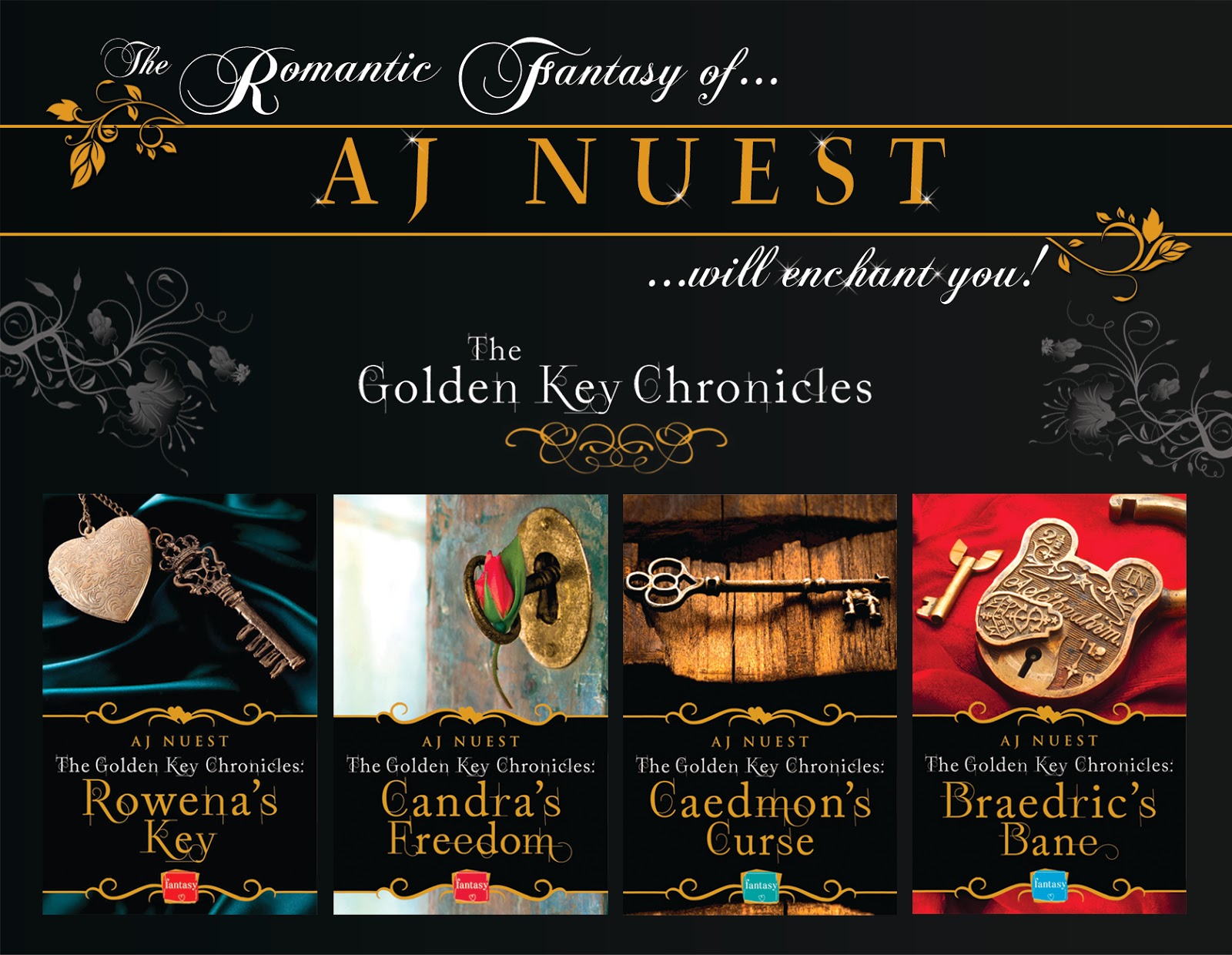 Like the best fairy tales, Rowena’s Key captures the imagination and the heart with a bonus undercurrent of spicy romance. 5 Stars on Amazon
AJ, why do you have to write the most wonderful heroes? Aaaahhhh!!! Now I'm hooked and begrudgingly wait for Book 2. I can't believe this is happening! 5 Stars on Amazon﻿

﻿Crazy good! A total fan of the first book, the second did not disappoint at all. I swear I could smell leather while reading this book I was sooooo into it. 5 Stars on Amazon
I liked Rowena in Rowena's Key. Candra's Freedom just made me fall in love with her! Fierce and headstrong, she is everything a heroine should be. 5 Stars on Goodreads
I absolutely adored the first two in this series, with Rowena’s Key being one of my favorite romance reads of 2013, so I had high hopes (read: desperate cravings) for Caedmon’s Curse – it did not disappoint! 5 Stars on Goodreads
Honestly, if there were more than 5 stars, I would give them to Caedmon's Curse and the whole Golden Key Chronicles. So well written, the story flows seamlessly from one danger to the next. The romance between Caedmon and Rowena is sexy, honest, and fresh. 5 Stars on Goodreads 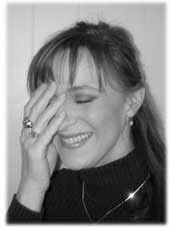 AJ is a multi-published, award-winning author who lives in the middle of a cornfield in NW Indiana. Her loving husband, two beautiful children and a bevy of spoiled pets have agreed to stay and, in exchange for three rations per day and laundry service, tolerate her lunacy. While she spend most days happily ensconced in crafting romance across a multitude of genres, an underground coup has been percolating. The dogs just informed her the cat is secretly vying for dictatorship.
WEBSITE ~ FACEBOOK ~ TWITTER  ~ GOODREADS ~ AMAZON ~ PINTEREST

Congratulations AJ - wishing you many, many sales!
Posted by Hywela Lyn at 08:00:00 3 comments