Hello fellow  Snippeteers and readers.  Welcome to  my Weekend Warriors post. I'm continuing this week with another snippet from my fantasy novella, Dancing With Fate. Thank you to everyone who's been following my snippets so far.

I apologise for not visiting as many of my fellow Weekend Warriors as I should have last week - somehow the time just got away from me and the week disappeared!  I'll try to do better this weekend.

Don't forget to visit the other authors at the link above, there's something for all tastes.

Last time:
Terpsichore, muse of dance, is dancing near a waterfall in 5th century Wales, unaware that she is being observed. I've skipped a few paragraphs, and Terpichore finds Myrddin rather more interesting than most mortal men.(Read last week's snippet HERE)

SNIPPET (as usual, a little manipulation of punctuation to fit regulations.) 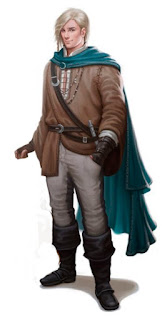 Very tall, and slender, he had strength about him, the man reminded her of a tree that would bend in a storm but not break. That was not all, his aura told her he was, indeed, no ordinary man. Never had she seen a mortal man so striking. He might not be as devastatingly handsome as some, perhaps, but beautiful none the less. His face was, oh, so pleasing to look upon, despite the unusual paleness of his skin. Not an unhealthy palor, but not tanned as one might expect, although it went well with his blond hair. There was unique character there, something that set him apart from his fellow men and went deeper than looks. She wanted to gaze at him forever.

She would have touched his mind with her own but at that moment, he spoke; the rich timbre of his voice sending shivers through her soul. 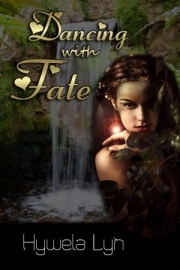 When Terpsichore, the Muse of Dance, is assigned to revisit the land of Wales, her task seems simple enough. She is unaware there is a hidden agenda. Before she can return to Olympus her path crosses that of the mysterious Myrddin, and her heart is lost. But Myrddin is promised to another. His mind is set on the dangerous task that lies before him, and the woman he has sworn to save. Nevertheless, he cannot deny the growing attraction between him and the beautiful stranger he meets along the way.

https://www.smashwords.com/books/view/53249 You will see the full price but will be only be charged 99c at the checkout. (You do need to register but it's fairly painless and doesn't cost you anything!)  Please note, This offer isn't available at Amazon, or any other retailer, it's a Smashwords special promotion.

What would you do if the laws allowed anyone with money to trademark an everyday word? Or the copyrighting of a name, so no one could ever use that name again?

Over a hundred years ago, Earth was dying. A few rich men and women banned together to create a kingdom on Mars. They hand picked the people who would join them in this new kingdom. Then they brought their arrogant beliefs and made them laws. The Trademark Commission was established to allow anyone who could afford it, the ability to trademark any common word. The laws stated that once a word was trademarked no one could speak that word again. The Naming Commission ensures that all names are copyrighted and no one uses another person's copyrighted name. Fines and even prison time are given to those who violate the trademark and copyright laws.


Kathryn 5.0 was pregnant with her first child when the word 'baby' is trademarked. Forced to refer to her baby as "little human" she is tired of the 100 year old laws. Reaching out to friends, she works to create a resistance. Together they fight against the trademark and copyright laws. Battle lines are drawn and it is family against family. Those who resist the laws are branded "Bullies" while those who support the ancient laws wave the "Victim" banner.

There are quite a lot of 'spoof' books out there in response to 'Cockygate' and I reckon most of them are written with the proverbial 'tongue in cheek' This has a serious side to it though. I enjoyed the story, which highlights what might happen if the copyrighting of words was taken to extremes. It's not only the situation that causes problems for the main character though, it's the way she feels she has to rebel against it, which causes friction between her and her husband. I was surprised when I reached the end - not so much by the ending itself but because I was waiting to find out what was going to happen to Kathryn 5 and her baby and felt a bit disappointed that it ended so soon - but apparently this is just the first of a trilogy, so I'm looking forward to reading more. If you like a quirky, short read, which also makes one think and question how far bureaucracy should be allowed to impact upon the lives of ordinary people, you will enjoy this one!

I am a wife and mother, who lives in a small Southeast Missouri town. I
am the author of the Centaur Agency series. Currently I am working on
book 3 in the series The Making of a Centaur which will publish in
July 2017. I also have plans for a vampire trilogy that I am working
on. I will be publishing the trilogy after I finish the 4 book Centaur Agency series. From there I also am working on a Werewolf series. So much planned with a little bit for everyone.