Launch day for The Awakening by Dana Claire

I'm sorry I'm still not posting very regularly. It's been a very difficult few months after the loss of my husband - but reading has kept me sane even if my own writing has been put on hold for a while. One of the books I've had the pleasure of being an Arc reader for is The Awakening, Book 2 of the Blood-light Trilogy. Read on for more information and my review. 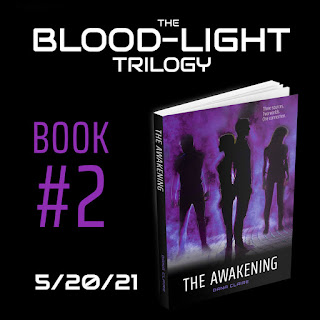 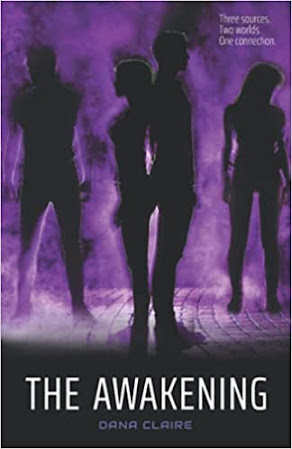 Beatrice Walker is no stranger to surprises and after the year she’s had, finding out she is responsible for billions of lives is a drop in the bucket. Until she learns there may be more to the prophetic plan to prevent the extinction of two planets—both Earth and Ferro, and that she isn’t the only Blood-Light they will need to fight the imminent threat of an asteroid hurtling toward the planets.

He grew up a loyal heir. He trained to be a soldier. He found purpose with the Rebellion.

Cash Kingston didn’t think falling for a Blood-Light—part human, part Ferroean—was possible. But when he met Beatrice Walker, all of that changed. What didn’t waver was his quest to save his beloved planet Ferro and his new home, Earth. Not only from the oncoming asteroid but from leaders of both planets with more sinister agendas.

Together, Beatrice and Cash, plus their team, must uncover who they can trust, how they can stop their enemies, and what superpower matters most, or they will lose everything they are fighting for. 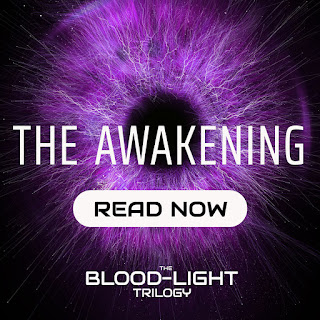 This is the second book in the Blood-light trilogy by Dana Claire, but there is enough back story skilfully sprinkled through that it's easy to follow the story without having read the first book, although it's certainly worth reading 'The Connection' first, if only because it's a really good read in its own right.

Dana Claire has the gift of placing her reader right in the setting, the descriptions are so vivid, it's almost like watching a movie, as each scene comes to life on the page. The characters themselves are complex and compelling, and each has their role to play in the story and is easy to like and relate to. Of course the main love interest is the connection between Cash and Bea, but Ashton is a fascinating character too, and while it's not exactly a love triangle in the usual sense, the relationship between the three of them is unique and fascinating.

I'm not going to give away anything about the plot, except to say that some of the concepts are highly original, and I haven't come across them in a science fiction story before. There are many twists and turns, culminating in a brilliant and breathtaking climax. The ending is a surprising cliffhanger, and although I'm not usually too keen on cliffhangers, this is a trilogy, so it's acceptable, and there is certainly so much depth and complexity in the plot it would have resulted in an extremely long volume if it had not ended where it did. As it is, the ending leaves the reader wanting more, and I'm sure the third book will be well worth the wait. Highly recommended and five comets from me!