RECOMBINED - An Irrevocable Series Novel… Can mankind survive an apocalypse of his own making?
Bailey and Caleb fled civilization in light of impending disaster. Fighting to make their way south, they struggled to rejoin their survivalist friends and relatives. After facing crowds hell-bent on securing supplies… After getting the better of a marauding band of misfits… The couple arrive back at The Ranch, only to discover the place is deserted. Soon, a lone survivor emerges, explaining the group’s mysterious disappearance and the dangers they face in the ransacked hideaway.
Joining forces, the trio sets to work, restoring order to their desert oasis. Making repairs, as well as plans, they are soon joined by a few who had made a daring escape. Refusing to leave the others behind, tempers flare and lines are drawn, while the young couple struggles to define their relationship. In a desperate attempt to rescue the remainder of their comrades, the group moves into their bunker, prepared to hang on until the bitter end. Will they succeed in saving Bailey’s brothers, as well as the rest of their comrades? Or will the renegade town of Pouty put an end to Lawson once and for all...

Samantha Jacobey is a middle aged woman who earned a BS in Business Management and has worked in half a dozen fields. With a relentless zest for life, she enjoys action and adventure, as well as all the love and romance it has to offer. Creating stories in her mind for many years, she has put some of them into print for the world to share, and hopes you will enjoy reading them as much as she did creating them. What drives her most is the love of a good story and is confident you will enjoy her latest creation.

Another five star review for 'Starquest'

I just found this lovely review for Starquest, by the same reviewer who was kind enough to review the next book in the series 'Children Of The Mist. Reviews are so important to an author, and it's worth all the hard work when someone is kind enough to say they enjoyed one's story. a review like this truly makes my day and I want to thank everyone who takes the time to review any of my books - and those of my fellow authors too, it means the world to us.


"This was a well-written science fiction novel with a healthy dose of romance. There were twists that I didn't see coming and that I really liked which would make this a superior book in any genre. I thought the world building was excellent; each new planet had very definite characteristics, scenery, animal and plant life, and customs that clearly differentiated it from others in space. The main character, Jess, is a pilot on a mission to save a planet that was conquered by a militant race and enlists the aid of another spaceship to help her. It is when that mission is accomplished that things go awry and Jess sets off on another mission to find her lover with the aid of another pilot Dahll.
In some ways this book reminded me of Marion Zimmer Bradley's Darkover series which I love. I would heartily recommend this book. I already have the next one in the series, Children of the Mist, on my reader and can't wait to read it."

Thank you so much for your lovely review, Mainer, I'm so glad you enjoyed 'Starquest' and really appreciate you taking the time to leave a review.
Posted by Hywela Lyn at 23:46:00 2 comments

Teaser for Time to Love 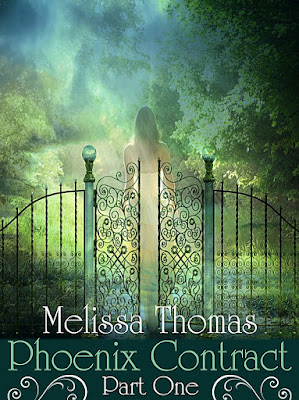 Centuries after the fallen angels left heaven to live among humans, their Nephilim descendants dwell in secret, hidden from the modern world. Once, a charismatic leader known as the Phoenix led their people, but he vanished centuries ago. The few surviving Great Houses are in decline, bickering over petty rivalries while a handful of faithful warriors battle to keep the forces of evil at bay.

Eighteen-year-old Aiden McLachlan devotes her life to her studies and pursues her lifelong goal to become a full-fledged Watcher. But everything she knows of her life is a lie and everyone a liar. Through a strange twist of fate, she finds herself caught up in an ancient prophecy. The stars predict the rebirth of the Nephilim leader, but the mystery must be unraveled or the Phoenix cannot rise. With a soul-eating demon, a coven of ancient vampires, and a hardheaded Celtic warrior competing to subvert the Phoenix, Aiden doesn't know where to turn or who she can trust.

All of the serial parts of Phoenix Contract (Parts 1-5) will be FREE on
Amazon Kindle on July. 27th.

Excerpt 1:
He’d always had the worst of luck, and the day he died was no different. Thrash stared into the chasm of space between the building roof and city streets, contemplating the eighty-story drop. It was a long way down. The city’s lights glimmered against darkness, millions of fluorescent stars. Surrender did not come easily to him, and it tasted bitter in his mouth. He’d spent his life training to fight, but what could he do against an enemy that could shape shift at will?

Six-foot-six and muscular in the manner of body builders, Thorton David Aston III or Thrash to his friends, was an albino. He was born without skin or hair pigment, his skin perfectly pale, his hair white. He rivaled the city lightscape for its clean brightness. He disliked the attention his condition attracted, so he’d cropped his hair short and dyed it metallic blue.

Thrash’s athletic body thrummed with tension. Perspiration beaded on his pale forehead and made his palms clammy.

The Soul Eater was coming for him.

Author Bio and Links:
Melissa Thomas breathes life into her dreams, bringing imaginary characters and fantasy worlds into our reality. She loves her characters so much they become her alter-egos, enacting the exciting adventures she envisions for them. She is a resident of San Francisco, California and adores the picturesque city by the bay. Her hobbies include surfing and scuba diving.
Phoenix Contract is her debut novel.

You can learn more about Melissa at http://thephoenixascending.blogspot.com/
Email: MelissaThomas214@gmail.com
Twitter: https://twitter.com/MThomas_author
Posted by Hywela Lyn at 23:30:00 2 comments