I hope you're well and keeping safe. Continuing the series on Welsh mythical creatures, we're returning to the water again this week with the tale of how Wibernant (or the valley of the gwiber) near  Penmachno, got its name. 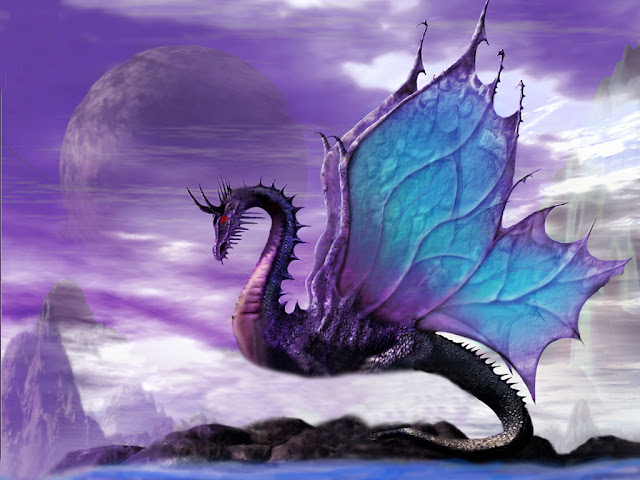 The word "gwiber" translated from the Welsh means viper or adder but centuries ago the word actually meant flying snake . This creature was similar to a dragon but not like the Graig Goch, the famous red Welsh dragon, being more serpent-like and legless.

The valley was terorised by a unique creature which was the only one in Wales that could live on land and under water. It preyed not only on the fish in the river, but also local livestock and on anyone foolish enough to cross it path.

The villagers offered a large reward to anyone who could kill he beast. A young man dcalled Owen Ap Gruffydd decided to try his luck at killing the monster.

He decided to seek the advice of a a local wise man,  Rhys Ddewin. "The gwiber is a huge winged snake, its body is slimy and it has a foul odour. It will bite you and kill you," the old man said grimly.

The next day, Owen decided to visit the wise man again . He disguised himself as a beggar, and told the old man he was about to face the gwiber, hoping to get a more favourable prediction. "You are brave but very foolish," Rhys told him. "You not succeed and will fall and break your neck."

Still not discouraged, the next day, Owen paid a third visit to Rhys, this time disguised as a miller, wearing a miller's apron and with flour on his face. He told Rhys he intended to do battle with the Gwiber. Again, Rhys told him he would not succeed and would die by drowning.

At this, Owen pulled off his apron and wiped his face in frustration, and asked Rhys to explain how he could give him three different predictions about his forthcoming fight with the Gwiber. Rhys merely smiled sadly and  said, "Time will tell".

Owen decided the old man was either senile or  just mistaken or lying to him, and bravely set off down the steep, rocky slope toward the river in search of the gwiber, swiping at the undergrowth with his sword, and yelling to the gwyber to show itself.

All at once there was a rush of wings, a foul stench, and the moster swooped down from the sky, Before Owen could draw his sword against the beast, it pinned his arms to his sides and bit his neck. Dizzy from the odour and loss of blood, Owen lost his footing on the slippery rocks. . As he fell, he smashed into another rocky outcrop that snapped his neck, before  plunging into the river below, and drowning.

When his lifeless body was discovered shortly after, Owen's friends swore vengeance and set off kill the Gwiber. Eventually they found the Gwiber asleep on the river bank and let loose a hail of arrows that severely wounded the creature. With a blood-curdling scream, the gwiber plunged into the river and was never seen again. Some say, however, that the Gwiber’s eyes can still be seen looking up from the depths as you walk along the river bank.

If you'd like to listen to a book rather than read it, there are some really great books available in audio.
(You can get my own Destiny Trilogy for FREE.)