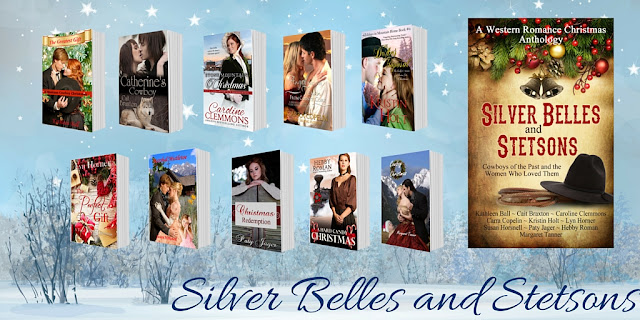 Fooling Around with Cinderella - Spotlight and Giveaway

One bad decision can change your life forever. Alyson Carter has always put her family first, so the small town of Sage Grove is shocked to learn she’s abandoned them for a man she met online. Seeking a more exciting life, she moves to his horse ranch in Colorado.

Attempting to adjust to life without her, her husband, Kurt, accepts an opportunity to train with the FBI, reluctantly allowing their daughter, Lacy, to move in with a family friend. When the friend is kidnapped, it’s discovered Lacy was the intended target. Pursued by unknown assailants who will stop at nothing to catch her, Lacy finds herself scared and alone. She turns to her mother for protection, unaware that her mother’s secluded mountain sanctuary has become a prison. Alyson discovers she’s merely a pawn in the deadly game of a man she thought she knew. Secrets and lies draw her family onto a collision course with cold-blooded killers.

Her ill-fated decision has placed them all in danger, and she is forced to confront her enemy head-on to protect herself and her daughter. Now she must depend on a God she turned her back on and the husband she left behind to save them both. 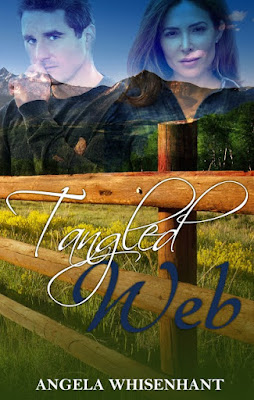 As she was thinking, she scanned the books titles on Mr. Stewart’s shelves. He had everything from classics to textbooks. She started randomly pulling books out. This wasn’t a movie, but there was always the chance that something was hidden among the books. It was about as likely as finding a hidden compartment in one of his drawers. A loud creak shattered the silence. Lacy had heard that same creak every time the back door was opened or closed. Finally, one of the Stewarts must be home. She started to walk to the door and stopped. Maybe it was intuition or maybe she was just paranoid after last night, but something wasn’t right.

Lacy walked to the window and peered through the blind. She didn’t see any cars parked in the drive, and she hadn’t heard the garage door open. The house was as silent as it had been when she arrived—so quiet she could hear the large antique clock ticking on the credenza.  She listened at the office door and heard numerous footsteps throughout the house. There were no voices, which meant they didn’t want anyone to know they were there. She quietly closed and locked the door, hoping to buy herself some time while she figured out what to do. She could go out the window, and try to make a break for her car. She looked through the blind again and scanned the street in front of the house. On the opposite side of the road, she saw a black SUV that looked very familiar. The car from last night! Suddenly, her heart was pounding in her chest. This could not be happening again.

Pushing the shade to the side, she reached for the lock on the window. Nothing—the windows didn’t open! Then she walked to Mr. Stewart’s desk and reached for the clock on the credenza. If she had to protect herself, it was the only thing in the office that looked like it could do any damage. She wrapped her fingers around it, and started to lift it, but wouldn’t budge. It must be heavier than she thought, so she grabbed it with both hands. She still  couldn’t lift it. It was impossible for that clock to be too heavy to lift.

She inspected the clock and discovered it was bolted to the desk. This was not merely a decorative antique clock. The time was wrong, and she noticed that although the clock was ticking, the second hand wasn’t moving. Expecting the door to fly open at any time, her hands trembled as she unlatched the round glass door covering the face of the clock. A bolted-down clock that ticked but never changed the time had to be significant. She took her finger and slowly moved the minute hand around the face of the clock. When the clock reached twelve o’clock, she heard a soft click. She ran both hands over the clock, trying to discover what secrets it was hiding. Through the wall she heard someone in the room next door. Her time was running out. She was trapped in the office with windows that didn’t open. It was over… 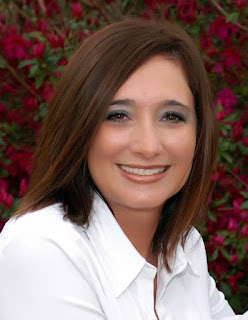 Angela has been a passionate reader her whole life and that love of reading developed into a love of writing. She is excitedly awaiting the publication of her first novel, Tangled Web. She wants to tell the stories of real people who make real mistakes and, yet find real redemption. People who are leading normal lives and suddenly find themselves thrust into extraordinary circumstances. Sometimes they make good decisions and sometimes bad decisions. But either way they must live with the consequences.

Much of her inspiration comes from her life in a small town and her love of all things suspense. Her perfect storm is when the two collide. Crime in a small town impacts everyone because of the close ties.

Angela lives in Texas with the three loves of her life; her husband Leslie and sons, Kyle and Chase. Other than writing, she loves coffee, 80’s music, hiking in Colorado and HGTV. She aspires to live a joyful life, always chase her dreams and never settle for mediocrity.

Angela will be awarding a $5 Amazon GC to a randomly drawn winner via rafflecopter during the tour.