Once a month the Science Fiction Romance Brigade authors showcase snippets from new work, WIPs, cover reveals or other fun things.
This is the link to the other  participants.

It's been a good year for the third book in The Destiny Trilogy, 'Beloved Enemy'. 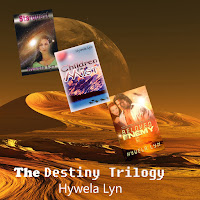 First it was sortlisted for the ROMNAs here in the UK, it finalled for the RONE Awards and I was notified today that the excerpt I submitted to the 'Best Banter' contest is also through to the final round. I'm so thrilled as I really enjoyed writing this series and it's great just to be 'in the running' so to speak in these contests.


They reached the rock their adversaries had used as a shield. With her finger on the trigger button Cat swung round it, prepared to fire if anyone moved. Then she froze. The area was clear. Not the bodies she expected to find, no sign anyone had ever been there at all. 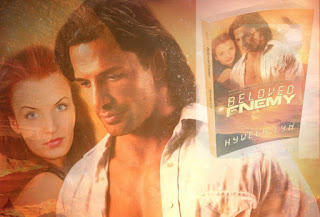 She looked at Kerry. “They were here. They can’t have just vanished.”

He shook his head. “Unless they can teleport—which has been proven to be impossible by mechanical means. It is just possible they may have psionic
capabilities.”

“No point in worrying about them now. Seems they’ve gone, however they did it.” Cat gave a long low whistle and one of the nearby boulders morphed into the tawny form of Shifter.


“What the hell is that?” As if acting on instinct, Kerry reached for his gun and then swore softly when his fingers failed to close upon it. His gaze flicked toward her. He cursed again and stared pointedly at his blaster thrust through her belt. 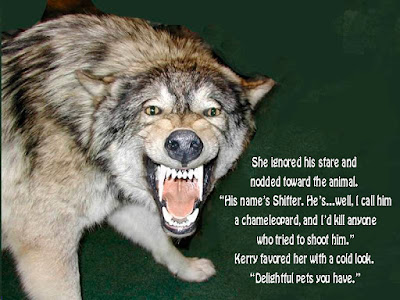 She ignored his stare and nodded toward the animal. “His name’s Shifter.
He’s…well, I call him a chameleopard, and I’d kill anyone who tried to shoot him.”

Kerry favoured her with a cold look. “Delightful pets you have.”

“It’s only one, and yes, he is quite cute actually. Are you going to be able to walk?”


“It was my chest that was injured, not my legs.”

She ignored his sarcastic tone. Gratitude obviously did not feature among his finer points. 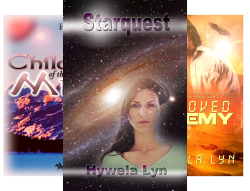 Purchase the Destiny Trilogy individually (Each book is a 'standalone' or as a set from:
https://www.amazon.co.uk/gp/product/B0711J641G