Apologies - it's been a long time since I posted - but I've been busy with my current WIP - a fantasy romance entitled 'The Matchmaker's mare.

I'm going to use it for to my Weekend Warriors post, after quite a while away. This story is told from three p.o.vs. and two time-lines. Today's excerpt is from Rhiannon's p.o.v. and takes place in the distant past. (As usual, cretive punctuation to comply with the 8 sentence rule.)

Don't forget to visit the other authors at the link below, there's something for all tastes. 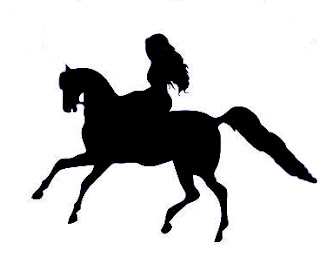 “Faster Seren, faster.” Leaning low over the pony’s neck the young woman urged her into a mile eating gallop, the mare’s hooves scarcely touching the ground as she appeared to fly across the rugged landscape. If only the pony could really fly, sometimes it felt as if she truly galloped through the air. There was something very special about the filly she’d found as a motherless foal in the mountains and cared for until it was fully grown. She’d named her for the perfect diamond shaped star on her face. Seren needed no breaking in or training, but allowed Rhiannon to sit on her back as soon as she was mature enough to take a rider, although no-one else could ride her, not even Sion Sienco.

“Oh Sion,” she whispered silently. “Sion, where are you when I need you?”

She cast one last swift look over her shoulder at the only home she had known, as the cottage, rapidly receded into the distance,  it melted into the shadows, appearing forlorn in the soft moonlight, almost as if it knew she would never return.