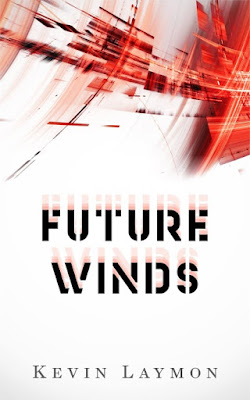 Set in a science fiction setting with elements of twisted horror, Future Winds is a strange yet wondrous tale of species self preservation and the all out moral cost of survival. Forced to leave earth, humanity discovers a planet capable of supporting life and hatches an audacious plan that will warp them across the universe to settle and begin anew. There is a darkness that resides below the planet's surface, but with no option to turn back, humanity must find a way forward.
~~~~~~~~~~~~~

Though humanities new planet is mostly desert, there is an abundance of lush and complex alien life that dwell below the hot surface.

The channel was lit up by neon flora of green and blue, beautiful little plants that swayed back and forth despite the lack of a breeze or draft to give them a push. Reaching out to touch one with his glove, the little blossom reacted by illuminating brighter, so much so that the exterior became transparent, and Tyler could see the thousands of cells within, that made up life for the spectacular flower. 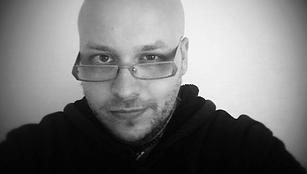 My name is Kevin Laymon. My passions are space exploration, music, sailing, snowboarding, wildlife, and of course writing. I have been writing for some time but the focus has been primarily on short stories and dark poems strictly for personal use. Future Winds is the first of a handful of novels I am working on for publication. I grew up in upstate New York and have lived up and down the east coast. New York is a location that holds a very special place in my heart. After working a wide range of jobs that I hated for far too long, Sara my significant other, and I decided earlier in 2015 to make some dramatic changes and travel. We scraped together some cash, I quit my job, and we moved to Albuquerque, New Mexico where we live a libertarian life as vegetarians. We share our desertscape living quarters with an aquatic turtle named Taz and a rabbit named BunBear. On October 9th 2015 Sara & I got married in Las Vegas, Nevada. The sunshine in New Mexico has helped immensely in illuminating a greater perspective as to who I am and what I was placed on this planet to do; that is to teach and inspire. I have a hunger to awaken humanity so that we may break away from our programed way of thinking. Our minds are powerful and I encourage everyone to open them up, exercise them, and tap into the potential I know every living man woman and child has. Though my stories at times can be very dark there is a reason for everything I do. Perspective, perception, and relativity are everything in the world of literature.

Kevin will be awarding a $20 gift card to Thinkgeek.com (international) to a randomly drawn winner via rafflecopter during the tour. 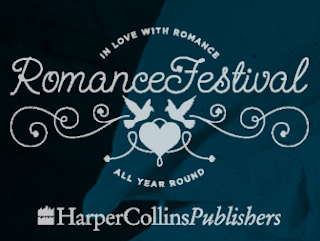 I'm doing my 'Monday Musings' a little early.  Over the weekend I took part in the Harper Collins Romance Festival.  (Well by 'taking part' I was featured as an author, and you can see my page by clicking on the banner above.

There have been loads of good things going on over the weekend. I've been popping in and out and found some of the articles on the blogs particularly interesting.  (*Sigh* 'all behind like a horse's tail, me!)  It might have been an idea to have posted this before, in case you didn't know about it, but as I may have mentioned, I'm kneedeep in NaNo, and I apologise for only just getting round to doing this.

So I'm going to plug away at my fifty thousand words (around seventeen thousand more to go at the moment.)

Look out for my guest 'book blast and giveaway for 'Future Winds' by Kevin Laymon on Wednesday.