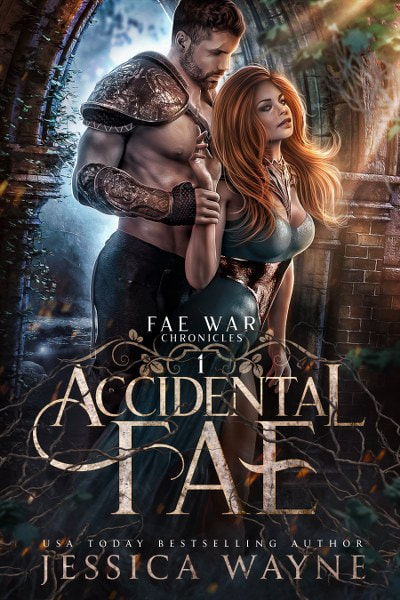 Accidental Fae
Fae War Chronicles Book 1
by Jessica Wayne
Genre: Paranormal Romance
Ember is dying.
Orphaned and unexplainably ill, Ember buys a one-way ticket to Ireland in hopes of finding peace before she passes onto the afterlife. But a wrong turn lands her in the clutches of a ruthless fae king, and Ember quickly realizes there are fates worse than death.
Held captive in his own castle.
Imprisoned beneath the castle he should have been ruling, Rafferty's barely surviving when a fiery stranger stumbles down the steps and illuminates a part of him he long believed lost forever. Trusting her may be his only option, but Rafferty has a curse of his own, and letting her too close could prove deadly to them both.
Perfect for fans of Karen Marie Moning, Sarah J. Maas, Kelly St. Clare, and Miranda Honfleur, Accidental Fae will bring you to the brink. It's explosive plot and outstanding cast will take you on one hell of a ride!
Fans of Jessica Wayne's bestselling Vampire Huntress Chronicles will recognize more than one familiar face in this series!
For a LIMITED TIME only, you can pre-order this intense series starter for only $.99 cents!!
Add to Goodreads
Amazon * Apple * B&N * Kobo 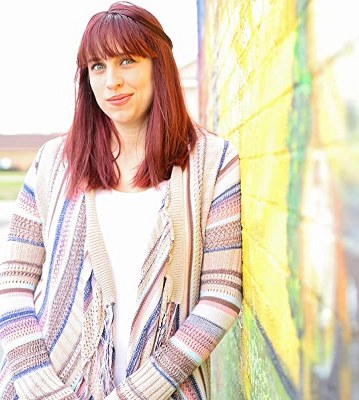 Bestselling author Jessica Wayne writes paranormal and fantasy romance. She lives in Texas with her husband, three kids, and their two dogs.
She is skittle obsessed, enjoys the occasional whiskey, and is an ambassador for the mix-matched socks movement.
A believer in true love, Jessica also believes that good things are worth fighting for, and sometimes you have to risk it all to find your place in the world.
Website * Facebook * Twitter * Instagram * Bookbub * Amazon * Goodreads