Weekend Writing Warriors #SundaySnippet - 'Dancing With Fate' - "...I may not need to act the helpless female but I have a few tricks..."

Last week Terpsichore, Greek muse of Dance has been instructed by Apollo to go to 5th Century  Wales, but she has to temporarily lose her immortality and special powers. "...if you have a problem, I may not be able to help you."

SNIPPET:  (Some creative punctuation from published version, to comply with 10  sentence rule.) 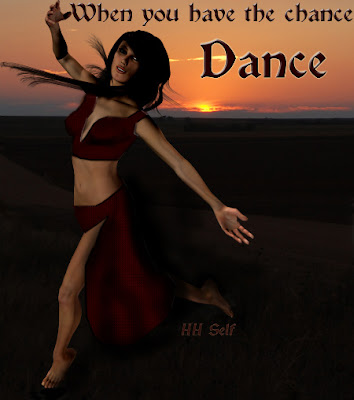 Oh wonderful -- although my being allowed some freedom might not be a bad thing. She gave him a knowing smile, "I suppose I'll manage, I may need to act the helpless female, but in reality I have a few tricks that may serve me well."

Apollo frowned again,"take care not to get careless and reveal who you really are, the men of Cymru may not be as awestruck by a goddess as they once were. It could be risky, you would not want to be branded as a witch or an enchantress."

"You think I may be in danger?"

Apollo's frown deepened and his face registered concern. "No, sweet Terpsichore, I would not send you if I thought you might come to harm." He paused, "but you will need a name to be known by." He thought for a moment, "Cora -- you will go by the name of Cora, a name like enough to those of the common people."

Terpsichore nodded, she liked the sound of it, and it carried enough of her true name not to sound alien to her.

For insider news and subscriber-only info, subscribe to my occasional Newsletter. I promise not to spam and your in-box will only see an email from me every 3 or 4 months or so - unless of course I have something really Newsworthy to share! http://madmimi.com/signups/196357/join
Posted by Hywela Lyn at 20:54:00 36 comments