A change from SF or Fantasy on the Flight Deck today - one of my other Romance Genre favourites, Suspence Romance!
Read more »
Posted by Hywela Lyn at 00:30:00 2 comments

Blurb:
No one can escape their destiny in a world controlled by the Fates. Ancient prophecies are the means by which the gods maintain order. Whether pauper or king, each life becomes a pawn in a dangerous game of control, where moving pieces determines the course of all living beings. The Blood King’s sudden death in the night triggers a foreboding prophecy of dark times, as it is foretold that his unknown Heir would awaken to the dark magic of his blood and enslave the Eleven Kingdoms. Soldiers bring destruction to the countryside seeking the Heir Of The Blood King.

Adam escapes the fires of the peaceful village of Riverside in the night when the soldiers laid waste to his adopted home. With his fate uncertain, the unskilled orphan must fight for his freedom against dangerous enemies who give pursuit as he searches for the answers to his past. Adam is also faced with the challenges of survival against the untamed wilderness and its dark denizens as he tries to avoid a destiny he does not want.

“The Heir Of The Blood King will rise, this has been divined.” - Ancient prophecy of the Seering Council.

“Heir Of The Blood King” is the first installment of the ongoing, action-packed, Young Adult fantasy, survival series, Adventures of Adam.

You can find Heir of the Blood King on Goodreads

Heir of the Blood King is free from 20 till 24 July! Grab your copy for free here:
- Amazon 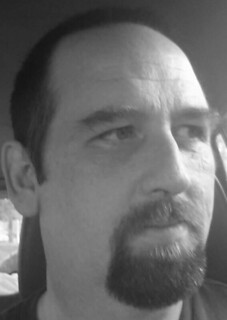 About the Author:
W.O. Cassity has been an avid fan of all things fantasy and science fiction for more than thirty years. His experiences as a table top gamer and games master inspired him to share his imagination with his children. His first novel titled "Heir Of The Blood King" is the first installment of his fantasy adventure series, Adventures of Adam. Will lives with his wife, four children and two dogs.


There is a tour wide giveaway for the book blitz of Heir of the Blood King. These are the prizes you can win:
- two 50$ amazon gift cards (INT)