It's always a pleasure to be able to help other authors share the word about their books and new releases, never more so than when they're fellow SF or Fantasy authors. It's great to welcome Emma L Adams to the flight deck today. Happy Release Day, Emma!

On an alternative 21st-century Earth in which our world is one of many in the Multiverse, the Inter-World Alliance exists to keep the peace between the worlds, and keep the monsters out.

Ada Fletcher is twenty-one, keeps a collection of knives in her room, and is more interested in fighting than her day job as a cashier. She also risks her life on a daily basis, helping refugees from a devastating magical war on her homeworld hide on the low-magic Earth. But when she’s taken into custody by the Alliance, her unusual magic makes her a prime suspect for a supervisor’s suspicious death.

For Kay Walker, whose family founded the organization, there has never been any doubt that his future is with the Alliance – even if it means dealing with sarcastic centaurs and dangerous monsters in the dark Passages between worlds. But when his supervisor is murdered, Kay discovers that a research project might have been the reason, and faces the choice of whether to ignore his instincts or risk becoming the next target, not to mention digging into the Alliance’s history and memories he’d rather keep buried. And there’s something not quite right about the strange, fierce girl he arrested as a suspect.

The last thing Ada wants is to help the infuriating Alliance guard who arrested her, but it soon becomes clear that the Alliance knows too much about Ada’s offworld origins. More, in fact, than she knows herself. Now she has to choose between loyalty to her family, and helping the Alliance save the Earth – and the Multiverse – from a deadly enemy.

BIO
Emma spent her childhood creating imaginary worlds to compensate for a disappointingly average reality, so it was probably inevitable that she ended up writing speculative fiction. She was born in Birmingham, UK, which she fled at the first opportunity to study English Literature at Lancaster University. In her three years at Lancaster, she hiked up mountains, skydived in Australia, and endured a traumatic episode involving a swarm of bees in the Costa Rican jungle. She also entertained her creative writing group and baffled her tutors by submitting strange fantasy tales featuring dragons and supernatural monsters to workshops. These included her first publication, a rather bleak dystopian piece, and a disturbing story about a homicidal duck (which she hopes will never see the ight of day).

Now a reluctant graduate, Emma refuses to settle down and be normal. When not embarking on wild excursions and writing fantasy novels, she edits and proofreads novels for various publishing houses and reads an improbable number of books. Emma is currently working on the Alliance series, a multiple-universe adult fantasy featuring magic, monsters, cool gadgets and sarcasm. Her upper-YA urban fantasy Darkworld series is published by Curiosity Quills Press.

a Rafflecopter giveaway
Posted by Hywela Lyn at 00:30:00 2 comments

I'm always happy to welcome a fellow SF/Fantasy writer to the Flight Deck. I'm delighted to be part of Emerson Fray's Virtual Book Tour for The Argent Star.  Happy Release Day Emerson, wishing you many sales.
(Don't forget to enter the Rafflecopter contest at the end of the post)

What happens when your decisions affect an entire universe?

Ren Argent wanted to be an archeologist and spend her life exploring the lost cities of Earth.  But
when a new planet is discovered and her father is appointed King, she has to leave behind everything she knows to rule over a place she’s only heard of in legends.

Not long after her arrival she discovers there are insurgents hiding in the darkened forests and the planet is on the brink of civil war.  It won’t be long until the Monarchy steps in to “neutralize” the threat.

Will she be able to stop the hostile takeover?  Or will her actions ignite a rebellion across the universe?
~~~~~~~~~~~~~ 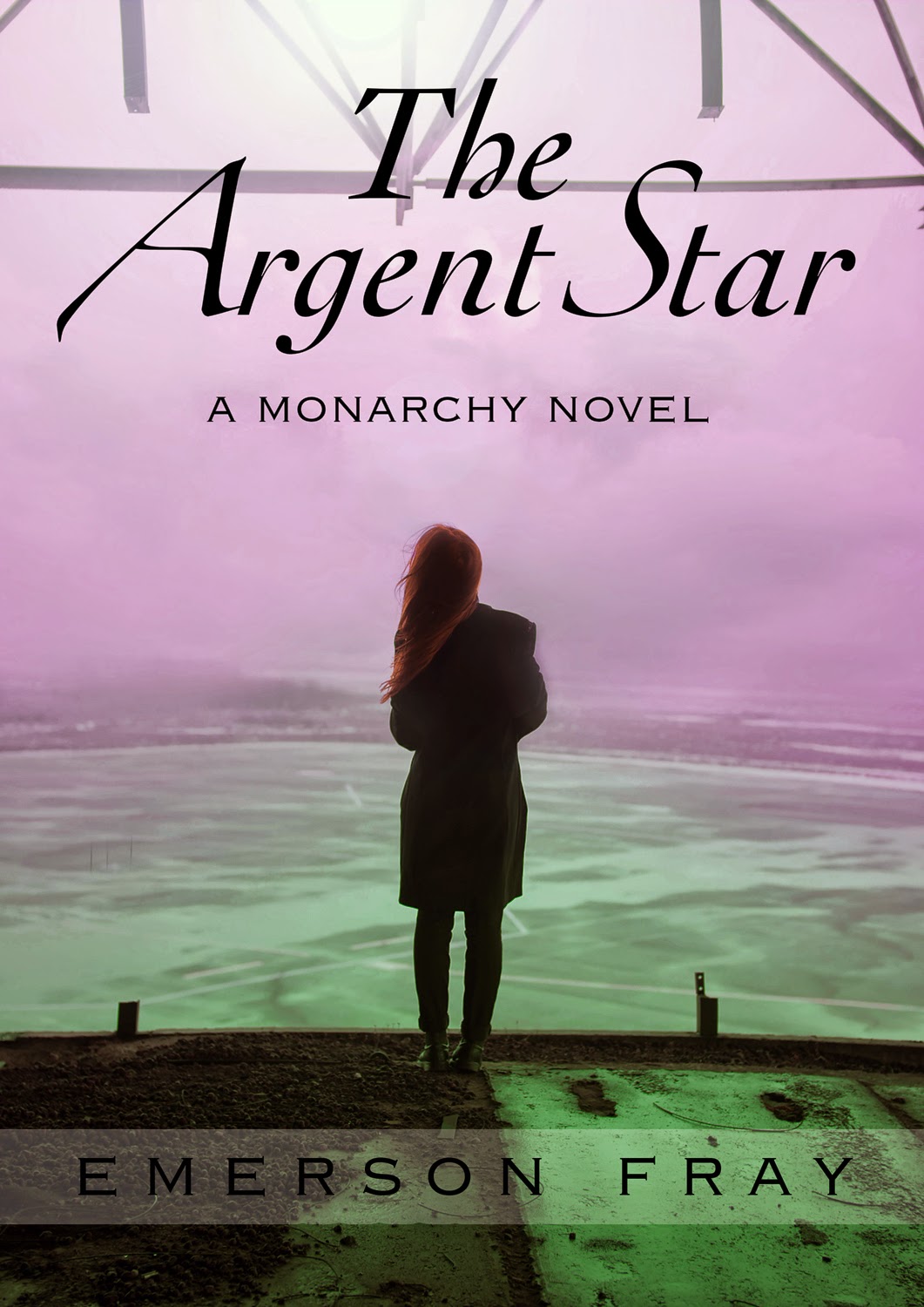 “He wants you to marry soon, but I think he’ll be happier if you’re dead.”

Ren knew Garret was trying to get her to marry someone on Novae but she hadn’t thought he’d be happier if she was dead.  She didn’t think her death would benefit him in any way, actually.  Or anyone, for that matter.

“Garret might be a snake, but he would be happier if I just married someone,” Ren argued.

“He’d be happier if Elian was on the throne.”

That caught Ren by surprise.  “What do you mean?”

“Maks cannot be controlled,” Sheridan cut in, her voice low.  “He does what he believes is right and best for the people, not the Monarchy.  Elian is not as strong as Maks; he’d fold under their pressure.”

“Elian is plenty strong,” Ren said.  “And if he were the King then he would be great.  He would--”

“Be easily controlled,” Abetha interrupted, “at least Garret thinks so.”

Ren bit down on her bottom lip.  “No he wouldn’t.”  It was true though, and Elian had plenty of weaknesses they could exploit.  All they had to do was threaten to take away his machines and he would crumble.  But Ren wanted to think her brother had more integrity than that and shook her head.

“He would compared to Maks,” Abetha said carefully.  “The Monarchy is having trouble keeping Maks under their thumb.  He isn’t doing what they want here.”

“And what is it they want?” Ren whispered.  It was what she’d been trying to figure out ever since she’d left Earth.

In the darkness, Sheridan answered, “Control.”

AUTHOR Bio and Links:
Emerson Fray currently resides in Hamilton, Ontario.  While most of her stories happen on other planets, she remains on Earth 24/7 hunting down hawks and bugs to photograph, as well as chasing her mother’s dog to reclaim stolen shoes.  A self taught Pokemon trainer and coffee lover, she spends most of her valuable time pinning recipes she will never make on boards she will forget about.
Twitter: https://twitter.com/FrayEmerson
Facebook: https://www.facebook.com/emersonfray
Blog: https://emersonfray.wordpress.com


Make sure you enter the rafflecopter contest below and don't forget to follow the tour HERE - the more times you enter, the better your chances!