I'm thrilled to be part of the book tour for HEART OF STONE,  by fellow RNA member, John Jackson. Congratulations on your new release, John. 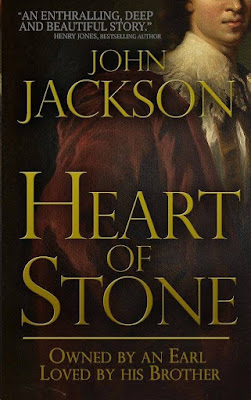 When young and beautiful Mary Molesworth is forced to marry Robert Rochford, widowed heir to the earldom of Belfield, she finds that her idea of love is not returned. Jealous, cruel and manipulative, Robert ignores her after she has provided him with a male heir, preferring to spend his nights with his mistress. Power-hungry, Robert builds up a reputation that sees him reach for the highest positions in Ireland.

Caught in an unhappy marriage, Mary begins to grow closer to Robert’s younger brother, Arthur. Acknowledging their love for each other, they will risk everything to be together. But Robert’s revenge threatens their lives and tears them apart.

Will Mary and Arthur find a way to escape Robert’s clutches? 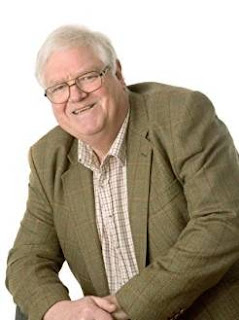 Following a lifetime at sea, John Jackson has now retired and lives in York and has now turned his hand to writing fiction.

An avid genealogist, he found a rich vein of ancestors. They included Irish peers, country parsons, and army and navy officers. They opened up Canada and Australia and fought at Waterloo.

John is a keen member of the Romantic Novelists Association and graduated through their New Writers Scheme. He is also a member of the Historic Novel Society and an enthusiastic conference-goer for both.

He describes himself as being "Brought up on Georgette Heyer from an early age, and, like many of my age devoured R L Stevenson, Jane Austen, Edgar Allen Poe and the like."

For insider news and subscriber-only info, subscribe to my occasional Newsletter. I promise not to spam and your in-box will only see an email from me every 3 or 4 months or so - unless of course I have something really Newsworthy to share! http://madmimi.com/signups/196357/join
Posted by Hywela Lyn at 00:30:00 0 comments

The Achlivan Cycle Spotlight and #Giveaway

Chevelle  Donahue thought going into work would be just like any other boring
day at the mall. Sure, there was her annoying co-worker Wicken Sanders, and a promotional visit from teen heartthrob Timber Hudson, to watch and keep her entertained. But who was she kidding? Working retail was lame no matter what happened. A terrorist attack changes everything - an attack from aliens of all things. The patrons are given two options: comply or else. Complying means giving in to a new set of rules and changing her entire life. "Or else" means
she has no chance of going home again. She must figure out the truth
behind why the aliens are holding everyone hostage. In doing so, she
risks her chance at freedom - but by the time she learns what's
really happening, she might not want it.

It's been three months since Chevelle Donahue, Wicken Sanders, and Timber
Hudson were taken from Earth by the Achlivans - an alien race kidnapping humans in the name of preserving as much of Earth as possible before it is  Destroyed.

Wicken has been sold to another alien race - The Gorgachan - and their way of life is no where near as peaceful as the Utopia the Achlivans have set up. While he tries to figure out a way back home to his beloved Chevelle, he is caught in the middle of a fight that shouldn't involve him.

Meanwhile,  Chevelle and Timber work together to find a way to bring Wicken back home again, along with how they can save their families back on Earth. Someone on the Achlivan ship is working against them and their happily ever after. Timber and Chevelle must choose between their own desires and doing the right thing - and each must prepare to give the performance of their lives if  They're going to survive.

The exciting conclusion to the Achlivan Cycle!


Timber Hudson must come to terms with the loss of his family and friends while at the same time being tasked with his greatest challenge: saving humanity from becoming mindless drones. It'd be a lot easier if Rumor would keep her nose in  her own business and in prison where it belongs.

Meanwhile, Chevelle and Wicken must choose sides. One offers them the  chance to rebuild Earth from the ground up, and the other will return them to Sanctuary to be with their family and friends. Neither choice is as black and white as it seems.

And all must face great dangers.

Cloud S. Riser is a Minnesota native. She has lived in Minnesota her whole
life. She will probably remain there for her whole life too. The mother of The Squid, Skyscraper, and two cats, her life is definitely never dull. An adventure she braves with her husband. In order to stay sane, she creates massive amounts of fiction which she has decided to share with the rest of the world for the simple reason of: she is a storyteller.

Follow
the tour HERE
for exclusive excerpts, guest posts and a giveaway!
a Rafflecopter giveaway

For insider news and subscriber-only info, subscribe to my occasional Newsletter. I promise not to spam and your in-box will only see an email from me every 3 or 4 months or so - unless of course I have something really Newsworthy to share! http://madmimi.com/signups/196357/join
Posted by Hywela Lyn at 00:30:00 0 comments