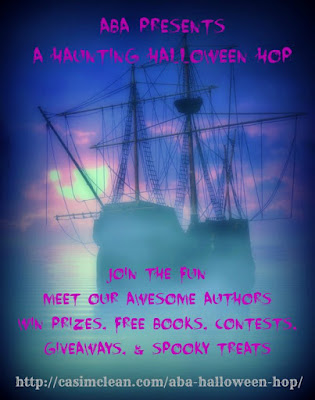 Relax, fasten your safety belt, and visit a fall cyber party brimming with mythology, the supernatural, holiday traditions, autumn and holiday recipes, and short stories. Win free prizes as you hop around and pick up clues in the treasure hunt. Swags, gift cards, ebooks, signed paperbacks and some secret surprises too. So get your favorite Halloween brew from one of the servo-droids, sit back, and start clicking down the list.

(The Rafflecopter entry form and details of my own particular prize for this hop is at the end of this post,) 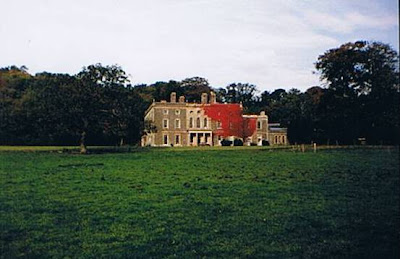 Most people know I am Welsh and although now living in England,my heart remains in my homeland.
Wales is a land of myths and legends, and some of them in have provided inspiration for scenes in my stories.

One of my favourite places is Nanteos Mansion, near where I used to live. 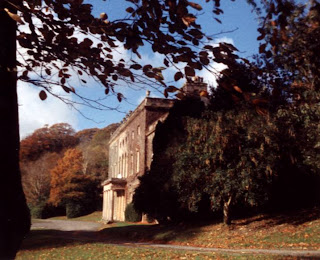 Nanteos  is  reputed to be home to a number of ghosts. These include the spirit of Elizabeth Powell, the late wife of William Powell, who wanders the hallways looking for her lost jewels; a phantom horse and carriage that pulls up to the front entrance in the middle of the night; and the ghost of harpist Gruffydd Evan, who played for the Powell family in the music room every Christmas for 69 years and whose music can still be heard in the woods around the house. My favourite story is a rather sad one. The lady of the house sat at one of the windows on the bottom storey, watching her husband ride up the drive towards her, when the horse spooked and threw him, killing him instantly. She ordered the window to be boarded up and it remained so until the mansion was sold to a large consortium and turned into a conference centre. 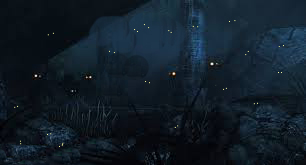 Another  Welsh legend is that of the Ellylldan, night demons with glowing eyes who lurked in the marshes and lured the unwary traveller to their doom, which I adapted in one of the scenes in my fantasy novella 'Dancing with Fate,  (I'll send you a free copy of Dancing With Fate as a Thank you if you join my mailing list)
and it also inspired the following scene from the first book in the 'Destiny Trilogy', Starquest. (Each book is complete and can be read as a 'standalone.)

Dahll, the heroine's companion and owner of the ship she has chartered, has been badly wounded on an uninhabited, inhospitable planet...

LIGHTS IN THE DARK 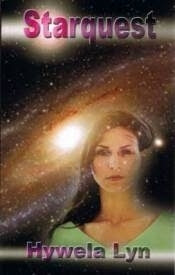 I began to grow very tired. It was a few hours before dawn, and I’d had no sleep since the previous  evening. I slowly eased my aching limbs into a more comfortable position. As I did so, my eyes caught a flicker of light moving toward the entrance of the shelter.

I stiffened, suddenly alert again. Tiny, glowing tongues of flame danced in the darkness, writhing and twisting around themselves like miniature whirlpools of living fire.

At first, I thought it was a trick of my eyes, caused by fatigue. After a while I decided it was just marsh gas, but as I watched I became aware that the ‘flames’ were orderly. They moved in groups of threes and fours, gliding in straight lines and then circling to retrace their steps in what seemed to be a methodical fashion, as no Will o’ the Wisp ever did. I began to feel I was in the presence of something malevolent...evil.

Then I heard the voices. Strange, unearthly voices, which had nothing to do with flesh and blood.

“Take the male,” they hissed, “while he yet lives. Before the life-force within him dies and is of no use to us.”

“Wait. The female is stronger,” came another voice. “Stay until she sleeps. Then will be our chance, and we can take them both.”

I reached for my blaster, by now fully charged, and fired a steady beam in the direction of the ‘flames.’ When I laid down the gun there was nothing, only the darkness.

Had the voices been in my imagination, or was it a dream? But I knew I had not slept. Trying to recall the experience, as I record this, I realise they did not speak in words at all. Yet I had understood, like that time on Niflheim, with Gullin.

I’ve always loved the night, the beauty of the darkened, star-filled skies. Here, however, on this forsaken and perilous planet, it is menacing, with the sense of something lurking, lying in wait. Much as I dislike the idea, I have resorted to using a Phidian stimulant to stay awake. For Dahll’s sake as well as my own, I can’t allow myself to sleep until we’re once more on board the Quest.

You can purchase Starquest  as well as the other two books in the trilogy at my Wild Rose Press Author Page - where you can also read my FREE short story 'A Bargain With Death' which I think is just right for this time of year. 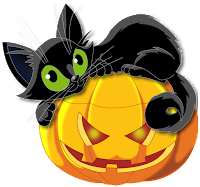 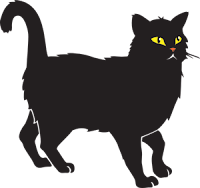 My GIVEAWAY
Black cats are synonymous with Halloween, and while considered unlucky in the US. and some other countries, over here in Britain they are very lucky. so for my Halloween prize I'm offering a lucky back cat pendant that will change colour according to your mood.  I'll pick a winner from all those who comment on this blog,  after the Hop finishes. Subscribe to my occasional Newsletter for an additional chance to win this pendant, PLUS a free copy of my novella 'Dancing With Fate'.

For insider news and subscriber-only info, subscribe to my occasional Newsletter. I promise not to spam and your in-box will only see an email from me every 3 or 4 months or so - unless of course I have something really Newsworthy to share! http://madmimi.com/signups/196357/join Every new subscriber will get a FREEdownload of my fantasy novella 'Dancing With Fate' (Let me know you've subscribed  so I can send you your free download, just email me at hywelalyn@btinternet.com or leave a comment.)
Posted by Hywela Lyn at 11:00:00 26 comments