Cover Reveal for Race For The Moon

Welcome to the Flightdeck! Today, instead of a Monday Legend I have an exciting new Cover Reveal for you - be the first to set eyes on the stunning cover for Michelle Cornwell-Jordan's forthcoming Young Teens Novel 'Race ForThe Moon' 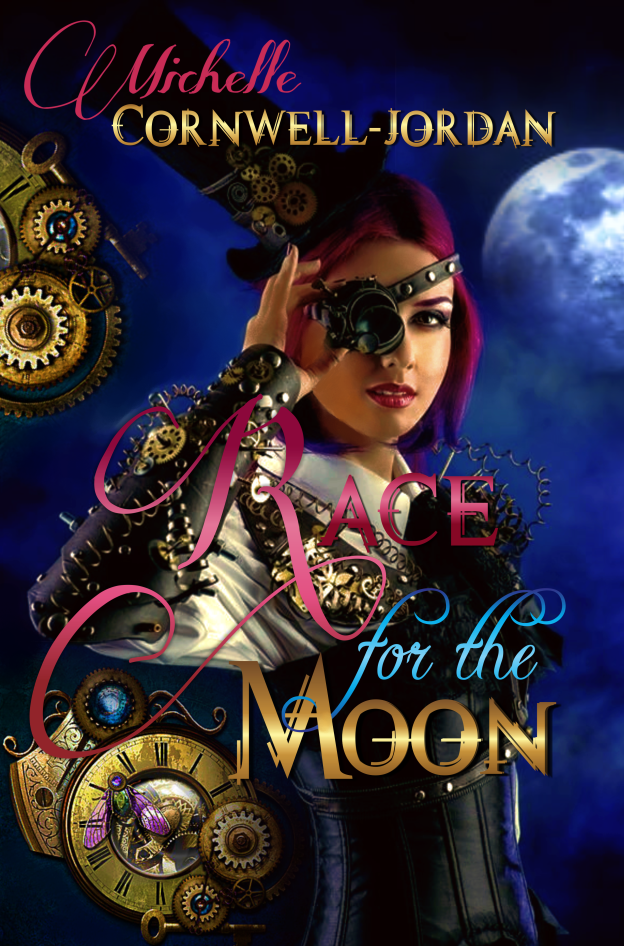 Ten year old Ivee falls asleep one night to awaken to a strange new world; a world without Adults. Anyone twenty one years old or older had vanished, including her parents. Along with the disappearances of loved ones; every modern convenience—electricity, computers, phones—had been taken away as well. So Ivee discovered she was responsible not only for her own survival, but that of her sister Celia.

Seven years later, Seventeen year old Ivee is happy with her life; feeling safe behind the gates of the Highlander’s camp in the northern division of Athol. Things were good until her sister is kidnapped by another faction the Downenders. Ivee is given a map and a message; she has a week to make her way to the southern end of the city, to save her sister.

Setting out on her journey, Ivee discovers how different the world has truly become outside the gates of her home——Phantom Airships, Manbots and Ghostly Wolves—are just a few of the surprises she encounters during her quest. She is not alone, one of her campmates joins her mission; she also meets a handsome and mysterious boy, called the Savior. He joins their quest, only saying he has unfinished business with the Downies. Many truths will be faced during the adventure, the biggest truth Ivee discovers—she will do whatever it takes to persevere— against the terrors of the dark new land. 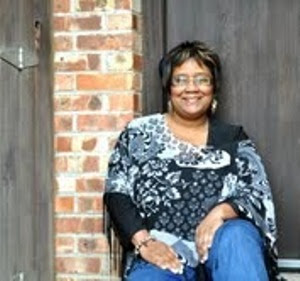 Michelle Cornwell-Jordan is a New Adult/Young Adult-Paranormal Author. Her titles include a YA Novella series Night School Vampire Hunter Trilogy- (SchoolNightz) and novel Chrysalis.
She is also the producer of the online radio segment IndieReview Behind The Scenes, where she and her co-host Jamie B Musings interviews Indie Authors and Musicians.

Michelle has been married for 19 years and has a 16 year old daughter. A book lover, her favorite genre has always been paranormal adventures.

Another love is writing. Michelle has been writing about as long as she has been a bibliophile! Losing herself in a fantasy world that she is creating on paper is how she loves spending her spare time.