Where Wolves Talk - spotlight and Giveaway

WHERE WOLVES TALK
by D.L. Lewis 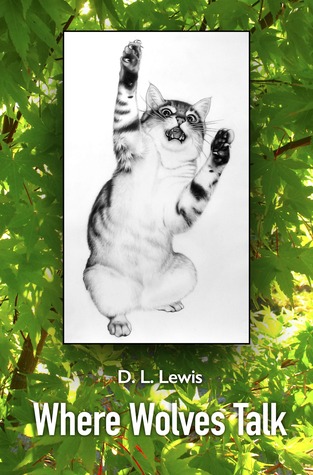 Kitten, an American tabby residing in England, is a frustrated cat. He knows his place in the world:

he was born to kill. Killing, after all, is what felines are supposed to do. Confined within his Lady's house, however, the young fellow is deprived of the opportunity to hunt live prey. The mansion is a sterile playground for a predator; offering nothing more than furniture which allows itself to be brutalized far too easily. The ambitious cat is bored and hungry for a challenge.

Kitten learns of a passage hidden in his Lady's library: the Door, which leads to an unknown world. The cat has been told that the source of all evil dwells openly in this place. The feline is eager to fight the sinister personage and goes through the Door with no hesitation.

The tabby finds himself in what appears to be a forest like any other in England. It doesn't take long for him to learn that this is a very different place.

Written in the basic style of classic stories like THE LORD OF THE RINGS, WATERSHIP DOWN, and THE CHRONICLES OF NARNIA, this novel can be appreciated on different levels. To some readers, it's an allegorical tale: thought-provoking and filled with symbolism. To others, it's an adventure-filled page-turner.

First Horse, snorting and puffing, began to prance in place before her general and the tabby. Sinewy legs of solid muscle kicked high to break sharply at the knee and then dropped, like slow springs, only to bounce back into the break again after the first contact with the ground; as though the equine’s alabaster hooves feared the gentle kiss of the earth, yet couldn’t resist seeking it, over and over again. Erupting out of the controlled prance and into wild self-expression, the filly turned and kicked up her back feet in celebration of giddy feel-good happiness. One big jump-kick, two big jump-kicks, one near-somersault, and she dashed forward into an abrupt gallop that halted as soon as it had begun; chunks of disturbed earth flying into the air as hooves dug into terra firma for a flashy halt. In a final explosion of showing off, the quadruped kicked her hind feet up so high that Kitten feared the equine might tumble forward into a spine-shattering roll. First Horse wasn’t so foolish as to perform such a self-destructive feat, however, and brought her heels back to earth a millisecond before her equilibrium reached the endangered point. Standing suddenly quiet, she bowed her head to her superior.

Wolf’s tail drummed against the ground in an expression of appreciation for the athletic show. “What’s got into my girl today? Did you find a field of oats and stuff yourself into this tizzy of excess energy?” 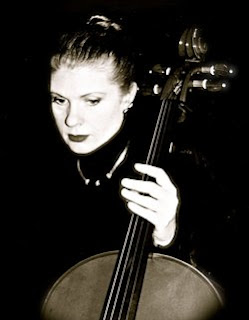 D. L. Lewis lives in northern California with a cello, four cats, and a crow named Harold. Where Wolves Talk is her first published novel; followed by Something in the House—California Gothic, Doppelgänger, and Fighting Back.

Where Wolves Talk is on sale at 99 cents (for a limited time) at Kindle and iBooks.

D.L. Lewis is awarding one randomly drawn commenter via Rafflecopter a $10 Amazon/BN GC.