Snippet Sunday: Starquest - Time to get things out in the open! 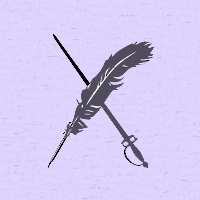 I'm currently sharing snippets from Starquest, the first book in the SF Romance series,  The Destiny Trilogy.
Thanks so much to everyone who's commented to date. (I was away at the RNA conference last week so had to miss a week but I'll try to catch up on last week's posts if I can. I decided to put in an additional snippet this week, so here we go -

Summary of snippets so far:

Having been rescued from her sabotaged starship by the crew of the Destiny, Jess has persuaded them to help her save the inhabitants of the planet Phidia from a cruel invader by the name of Ayandos. Kerry Marchant, the ship's second in command, has had to revise his initial mistrust of her. He is also somewhat stunned on learning that far from being the deceitful character he'd thought her, she is not only on a mission to save a planet, but is in fact an interstellar missionary - and he's finding it hard to deny that he is becoming rather more than attracted to her!

In this excerpt Jess attempts to ease the awkwardness between herself and Kerry. 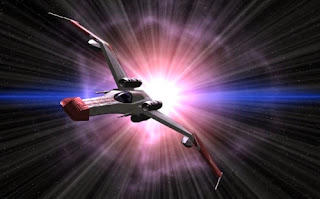 They could not go on like this until they reached Phidia.

“Look, I know you and I haven’t exactly hit it off. I can understand why you didn’t trust me, but now you know my reasons for not being honest with you in the first place, can we at least attempt to get along? Can’t we try to...just...be friends?”

“Oh, no, Jess. I doubt if you and I could ever just be friends.”

So he would not even give her that. She was about to make a sharp retort, when she saw the expression in his eyes, the way he looked at her, and realised with a feeling of shocked disbelief, what he was implying.

He closed the space between them, placing a hand on her arm, and, taken by surprise, she dropped her guard, trembling at his touch. His blue eyes searched hers, as if determined to see the truth she tried to hide from him...and she knew he would find it, for she could conceal nothing from him now. She closed her eyes, conscious that it was already too late. Very gently, he stroked her face with the back of his fingers, before placing his hands on her shoulders, drawing her even closer to him.

“You said I needed no one and nothing except myself,” he went on slowly, taking both her hands in his. “I thought it was true, but you were wrong, Jess, although I did not realise it until now.”

BLURB: When Jestine Darnell is rescued from her sabotaged starship by the crew of the Destiny her only objective is to complete her mission and keep her promise to save a world from slavery. Love is the last thing on her mind. However, she has not counted on losing her heart to Kerry Marchant the ship’s second in command, who makes his distrust of her painfully obvious, despite the chemistry between them. The completion of her mission has consequences that neither of them could have foreseen.

Purchase all three books (or just one)  at https://www.amazon.com/gp/bookseries/B01MRY3XXT

For insider news and subscriber-only info, subscribe to my occasional Newsletter. I promise not to spam and your in-box will only see an email from me every 3 or 4 months or so - unless of course I have something really Newsworthy to share! http://madmimi.com/signups/196357/join