I'm currently sharing excerpts from Children Of The Mist the second book in The Destiny Trilogy.


This snippet carries on a few paragraphs after last week's snippet which you can read HERE
Vidarh is on his way to Gladsheim, the capital city of the icy planet Niflheim. A telepath, like all Nifls, he is being guided by Tamarith, through the treacherous mountain passages,

If you have reached the caves, you will need to leave your pony and continue on foot. 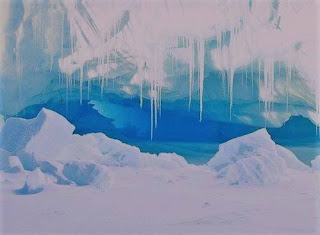 Guided by Tamarith, Vidarh stopped before the first and largest cave. He would need some form of illumination. From his pack he drew a torch, which he lit and wedged into a crack in the rock.

Unsaddling the pony, he turned it loose. The animal, descended from stock genetically engineered to withstand the harsh conditions, and brought with the first settlers to Niflheim, was fit and hardy. It would have no problem foraging for itself until his return.

With a resolute set to his shoulders, Vidarh retrieved his torch and made his way into the cave.

For insider news and subscriber-only info, subscribe to my occasional Newsletter. I promise not to spam and your in-box will only see an email from me every 3 or 4 months or so - unless of course I have something really Newsworthy to share! http://madmimi.com/signups/196357/join
Posted by Hywela Lyn at 01:32:00