This snippet carries on a bit further from last week's snippet which you can read
HERE  As usual I have used some creative punctuation, not in the published version, in order to comply with the sentence count.


Welcome, Vidarh, not quite how we were expecting you to arrive. 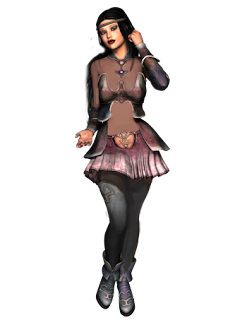 The young woman, at whose feet he had fallen, was pleasing to look at, even if her expression was one of bemusement. He'd formed a vague picture in his mind and thought she would be attractive, although he had not expected her to be so stunning. Large, dark eyes framed with feathery lashes lit up her delicate features. Thick black hair in a long braid reached almost to her feet, and the close-fitting riding gear she wore emphasised a petite, shapely figure.

Tamarith smiled, an action that made her seem even lovelier, and extended her fingers in the Nifl custom. How did you do that? The question whispered in his mind, and he sensed no one else heard it.


I'll tell you later, he telepathed, also withholding his reply from the others. I'm not entirely sure myself, I've only managed very short distances previously.

BLURB
Two minds united against a common foe. Two hearts afraid to show their love: Long ago Tamarith fell in love with a man she can never have, and is convinced she will never love another. However, she cannot help but be intrigued by a handsome stranger whose psychic powers exceed even her own.

For insider news and subscriber-only info, subscribe to my occasional Newsletter. I promise not to spam and your in-box will only see an email from me every 3 or 4 months or so - unless of course I have something really Newsworthy to share! http://madmimi.com/signups/196357/join
Posted by Hywela Lyn at 11:00:00