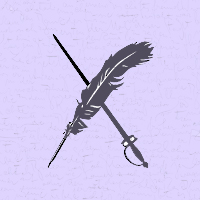 Jess has been rescued from her crippled ship by the crew of the Destiny but Kerry Marchant, the ship's second in command does not trust her and demands to know the truth.

Kerry's confrontation with Jess is  overheard by the ship's Commander, Jon Quinlan, and he orders them both to his cabin, where Jess tells her story and explains that she is desperate to help the people of the planet Phidia.

Her voice took on an edge as she went on. “Their main settlement, Mirrahn, has been taken over by invaders from the Omega Quadrant, led by a mutant warlord known as Ayandos. He has tremendous power over his own people as well as the Phidians, it’s something akin to hypnosis, they seem to obey him mindlessly. He plans to bring in more ships and take over the planet.”

She clenched her fists until her knuckles whitened. “He’s ripping up the land to get at her ores and precious stones and has made slaves of her inhabitants. Worse than this, though, he intends to make Phidia the prime medical centre for that part of the galaxy. They’ve made tremendous advances in cloning, nano and transplant surgery, bio-regeneration and preventive medicine among other things, he intends to grow rich on their knowledge.” 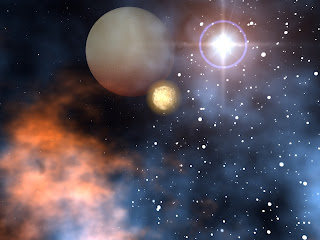 “Surely,” Jon put in quietly, “it mightn’t be such a bad thing for the Phidians to share their knowledge with other worlds and civilisations?”

“They always have, that’s how Ayandos was able to take control so easily. They have never tried to prevent anyone from visiting the planet, and their services are available to anyone who needs them. Now, with Ayandos as dictator, only the wealthiest will be able to afford treatment.” She pushed back her hair and met his gaze. “I’ve known these people a long time – I’ve grown to love them and they trust me. They begged me to fetch help before it’s too late.”


For insider news and subscriber-only info, subscribe to my occasional Newsletter. I promise not to spam and your in-box will only see an email from me every 3 or 4 months or so - unless of course I have something really Newsworthy to share! http://madmimi.com/signups/196357/join
Posted by Hywela Lyn at 15:48:00